Click here to see the feed of all the projects

You must be logged in to edit your profile.

Circle of Life is a Möbius ring, a spatial figure with one side and one edge, named after the German mathematician and astrologer August Ferdinand Möbius, who discovered the figure in 1858. The Möbius ring soon became the symbol of infinity, as in the drawings and etching of the Dutch graphist M.C. Escher in the sixties of the last century: a grid in the shape of a Möbius ring, on which ants constantly march.

Circle of Life is also about eternity: the endless flow of water in the canals and people to the city. The colors of the gate are playing an important role. The starting point of the plastic ring is quiet waves, like an empty city to be filled with life. When someone walks over the Melk Meisjesburg, brightly coloured light waves two sides and always blends into new colours.

From the water it's different. If a boat passes the bridge, it rotates the waves, and the light of the ring simulates the effect of light spots that dance on the walls along the water, becoming increasingly rough, ever wilder, to the rest. And then everything starts again: waves, lights up, gathering - Circle of Life is like the city itself. 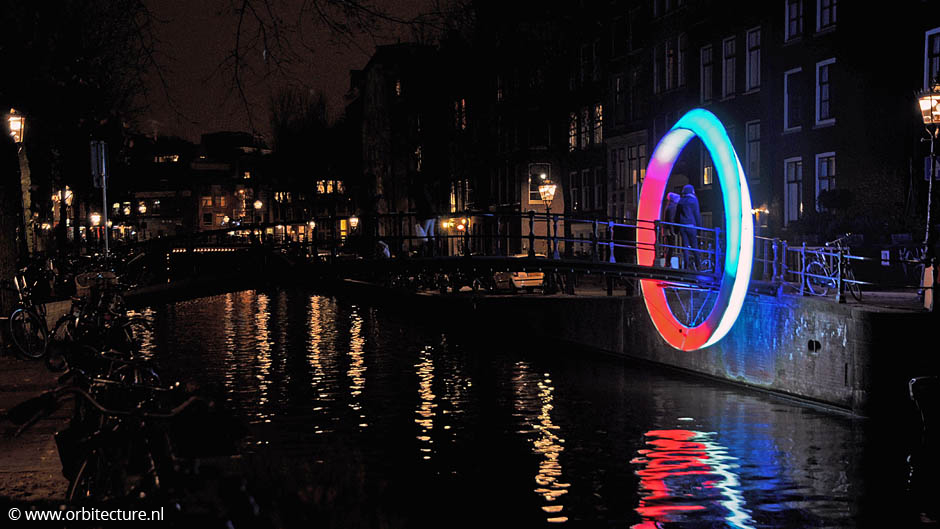 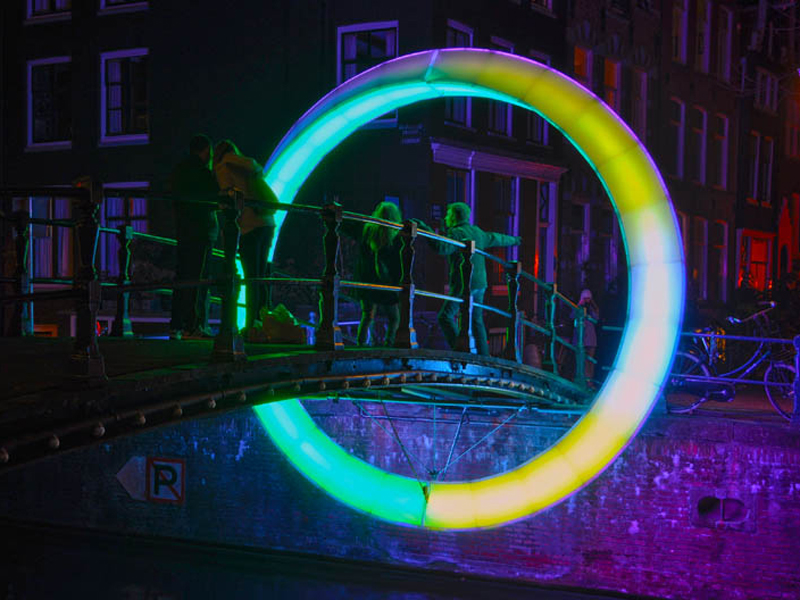 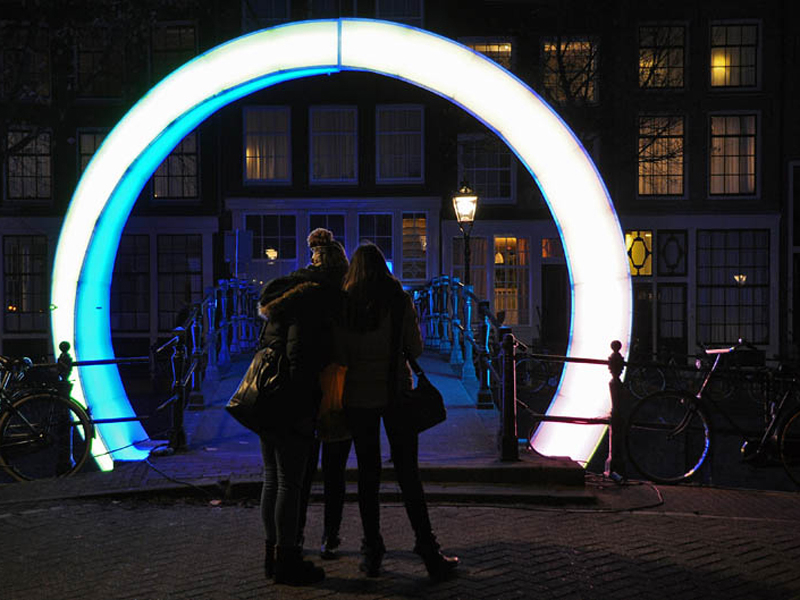 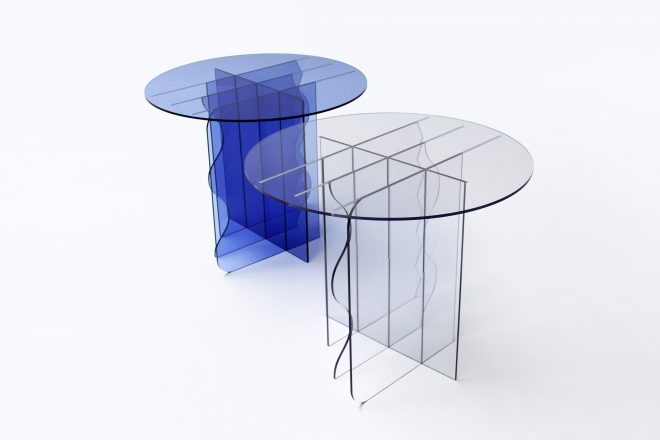 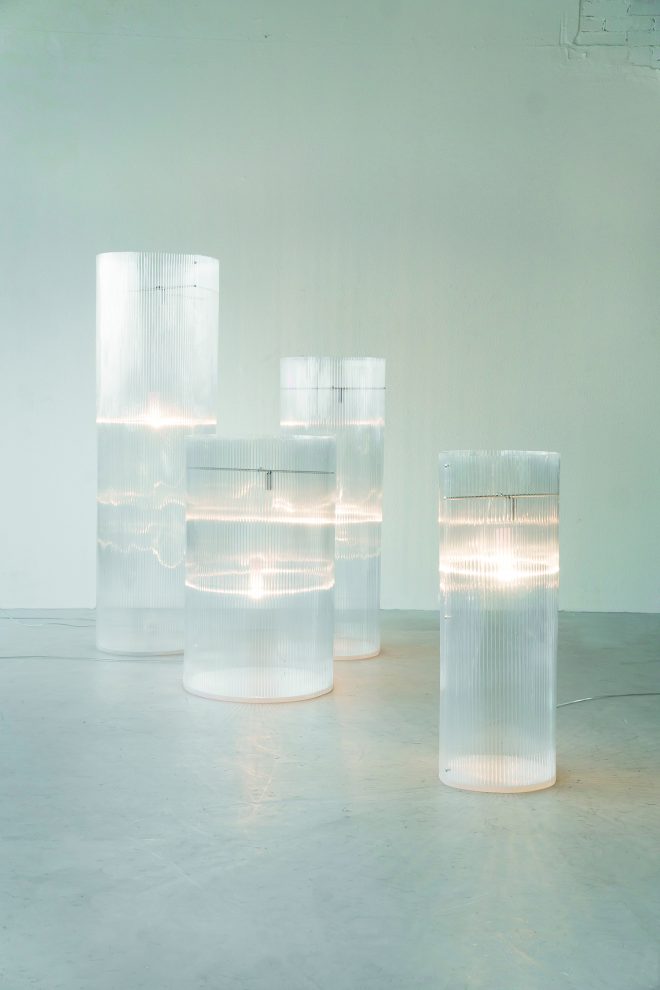